A Project for Better Journalism chapter
PHHS Hallmark
Other 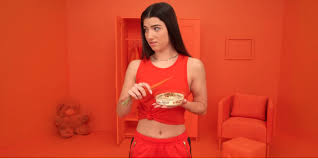 D’Amelio is a 15- year- old dancer who has demonstrated her dancing and choreography talents on Tik Tok’s platform, gaining over 22 million Tik Tok followers and 6 million Instagram followers since June 2019. In Sabra’s commercial, D’Amelio is featured saying, “Ok boomer,” before beginning to dance while dipping a carrot into Sabra Hummus.

Following the airing of the commercial, D’Amelio posted the ad of her onto her Instagram and wrote:

“america, you saw #Howlmmus… now i wanna know, how do YOU’mmus?”

“A couple of year ago I decided that my dream is to dance with J. Lo. She was on top of my dreamboard and I’ve talked about her in almost every interview I’ve done, whenever they ask what my biggest dreams are,” D’Amelio said. “When I first met her and I got to shake her hand, I was just a blank face. I didn’t know what to say. And then it kind of set in and tears just started rolling down my eyes because this was all I ever really, really wanted to experience and it happened and it was really, really crazy.”

The new star not only got to be featured in a Super Bowl Commercial but got to meet her idol. If anyone won the Super Bowl, it was Charli D’Amelio.