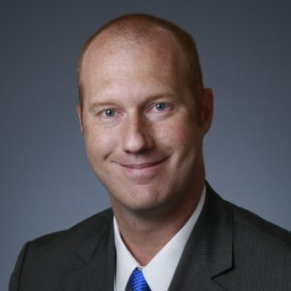 There are many new faces at the Hall, teachers, front office personnel; however, most notably, there is a new administrator, Principal Craig Reed.

Prior to being hired at Perry Hall, Mr. Reed was an assistant principal for six years and the principal for four years at Patapsco High School and Center for the Arts.

Mr. Reed was announced as the new principal last school year after Mr. Andrew Last decided to retire from BCPS.  Prior to the first day of school, Mr. Reed has spoken with many parents and students, through the PTSA and student groups.  He feels as though the staff and students have been very welcoming and kind during this transition.

Administration did come up with a new policy for the 2019-20 school year regarding student lateness.  In prior years, students arriving between 7:45 and 8:00 A.M., would report to their 1A or 1B class.  Students who are late to school without an excuse are not allowed to participate in after school athletics, activities, or clubs.

“A significant part of life is showing up and showing up on time.  The late procedure in the past seemed to be that [students] didn’t really need to get a late pass until 8:00 A.M. Assistant principals who were all here [last year] felt like students didn’t think they were late until after 8:00 A.M.  In terms of the extracurricular activity, I think I shared something on the morning announcements.  Some things in life are rights.  There are also that are privileges.  And we need a balance between those things.  I hope that [students] desire to be involved encourages them to handle their responsibilities.  To be clear, we are talking about unexcused lateness,” said Mr. Reed.

Mr. Reed has learned that listening is the most important thing he can do as a new leader.  He wants to listen to students, parents, staff, and community members to create more productive and meaningful conversation.

“I think I am actually a very good listener.  Every once in a while, there is a really hard decision to make and most of the time, I try to seek a variety of perspectives and to encourage others to work out their problems on their own,” said Mr. Reed.

Even the small changes, Mr. Reed has made, with support from administration and staff, are respected by students.

“I think the changes he’s made to the lateness policy are good, as students should be arriving on time and should be able to uphold that expectation,” said Ian Mills, junior.

Although it is still early in the year, Mr. Reed has been visible and available to staff and students.