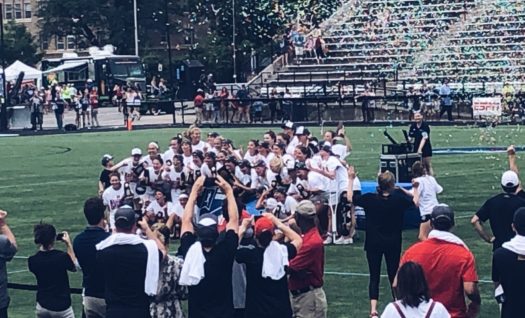 Over the past few years, Boston College has set the standard of women’s lacrosse, but they have yet to claim the NCAA title. After losing to Maryland in the 2017 championship and again to James Madison in 2018, the crowd at Hopkins stadium expected Boston College to come out bouncing in this year’s championship but Maryland was prepared and ready to capture their 14th title.

Boston College won the opening draw, but a tremendous defensive stand ended their possession early and allowed Maryland to have a crack at the first goal of the game. After bringing the ball up the field, Ericka Evans opted to pass the ball to attacker Caroline Steele who shot the ball directly into the back of the net for an early 1-0 Maryland lead.

“Something we really wanted from the beginning was to come out firing,” Giles said to reporters after the game. “Just really having our foot on the pedal.”

Despite Maryland using their momentum to take an early lead, Boston College was not ready to give up. The Eagles fought back and tallied two quick goals to give them their only lead of the game. Caroline Steele bounced back for the Terps and tallied the game tying goal.

“Steele always shows up in the big moments,” said a loyal Maryland fan. “I was singing her signature celebration song -Sweet Caroline- a lot throughout the game.”

Although the Terps are armed with Tewaaraton finalist Jen Giles and winner Megan Taylor, they’re hard to beat because they fight as a team. With 7 girls on the roster who’ve tallied 40+ goals this season, defenses are left clueless on how to stop the Terps. If a team focuses on stopping one girl, everyone else steps up. This is precisely what happened during the championship, BC paid too much attention to stopping Giles which permitted Brindi Griffin to step up and have her second big game of championship weekend.

“For everybody to have the confidence in themselves and their teammates to take advantage of those opportunities,” coach Cathy Reese said, “that’s what we’ve been encouraging all week.”

It was not only the Terp’s offense that shined on Sunday. The entire defense was playing their hardest and forced many turnovers. Players of the likes of Kent, Apuzzo, and Arsenault are not used to having the ball stripped out of their stick and BC didn’t know to respond.

“My defense today played out of their minds,” said Taylor. “We were so prepared… and just ready to execute.”

With Taylor in the cage for the Terps, the Eagles were only able to score 4 goals in the first half and 10 goals in the game, both of which are season lows for the team. Taylor made an 8 saves in the game and Reese says they all of her saves changed the momentum of the game in favor of Maryland.

Maryland triumphed over Boston College outscoring them 12-10. Boston College narrowed Maryland’s lead at the end of the game, but their surge of momentum was not enough to outpower the number one ranked team in the nation. 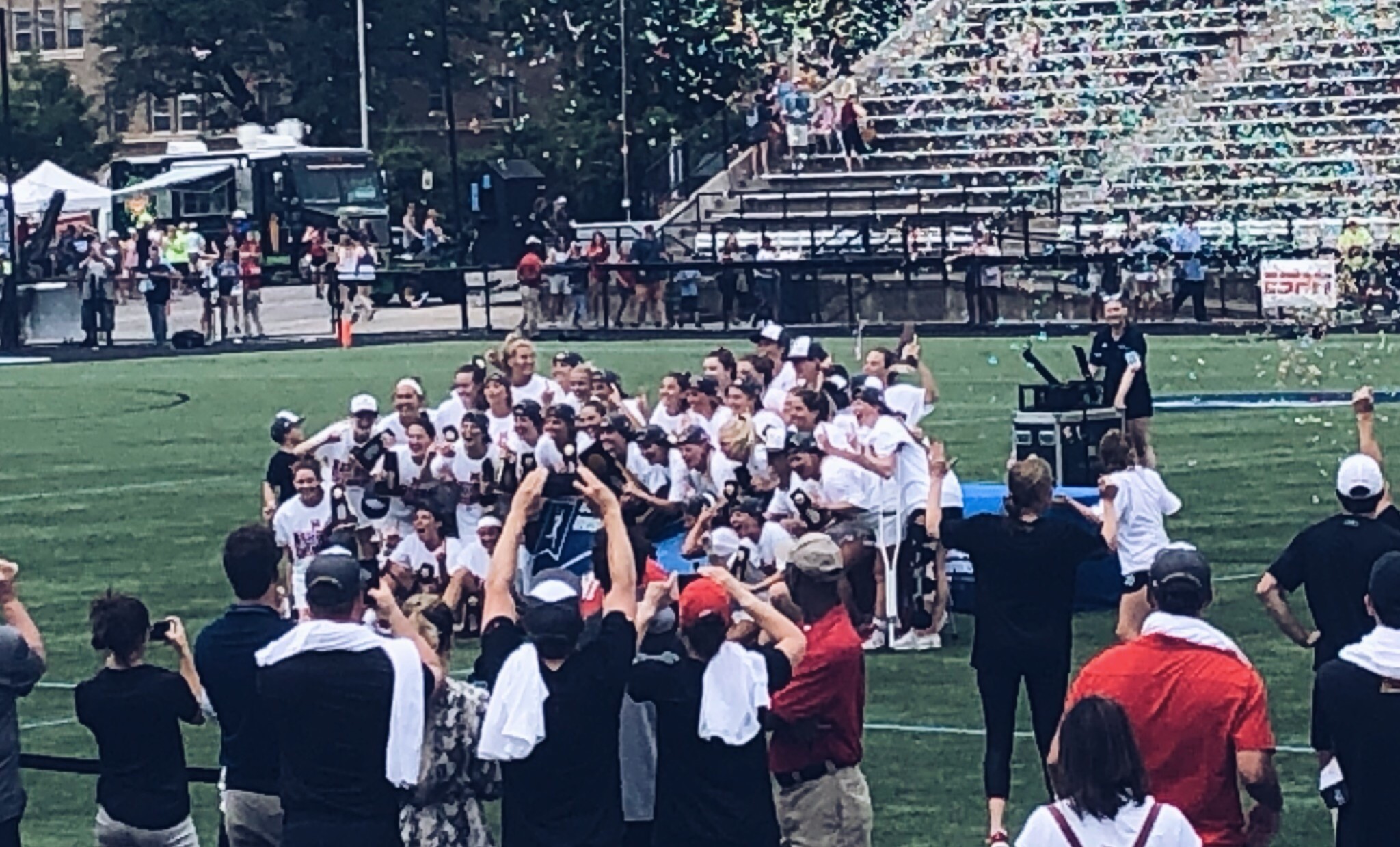 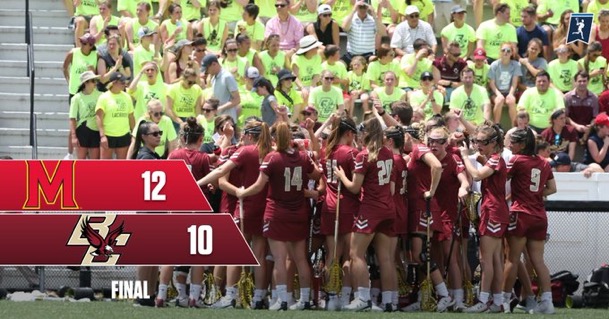