A Project for Better Journalism chapter
PHHS Hallmark
Opinion, Other

The Bathroom Bills Are Based Off Of Ignorance 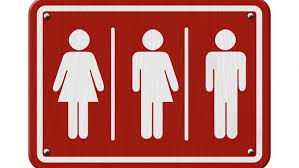 In the early half of 2017, President Trump and his educational administration ended an Obama-era policy that allowed transgender students to use the bathroom corresponding to their gender identity, which overruled the advising of Trump’s own education secretary. With this decision, Trump has left the individual states to decide if they will allow transgender residents to use the bathroom of their gender. The basis of this decision appears to be based off fear and ignorance as opposed to facts and past experiences.

When asked to defend their support of the Trump administration’s decision, many people immediately resort to the fear of a cisgender person (someone who identifies as the gender they were born as) using the ability to choose the bathroom that corresponds with your gender to their advantage. The widespread fear of a cisgender man pretending to be a transgender woman to gain access to the women’s bathroom and the fear of sexual assault rates rising due to allowing transgender people into the bathroom of their gender becomes painfully evident in a discussion like this.

CNN contacted 20 law enforcement agencies in states with anti-discrimination policies involving gender identity. They found that there were no reported bathroom assaults after the policies took effect. The state of Maine has had gender identity protections in their state civil rights law for over 14 years, yet hasn’t had any relating bathroom incidents. While there are has been only a single case known of a biological male dressing as a female to gain access to a womens’ facility (an incident o curing in Seattle, Washington), there are countless counts of cisgender individuals causing issues for transgender individuals simply trying to use the bathroom. The Transgender Law Center, in a survey of transgender people in San Francisco, found that 63 percent of 75 people questioned were denied access and/or harassed at least once while using public restrooms.

Barnett, Brian. “Opinion | Anti-Trans ‘Bathroom Bills’ Are Based On Lies. Here’s The Research To Show It.” The Huffington Post, TheHuffingtonPost.com, 11 Sept. 2018, www.huffingtonpost.com/entry/opinion-transgender-bathroom-crime_us_5b96c5b0e4b0511db3e52825.