She Must Be On Her Period! 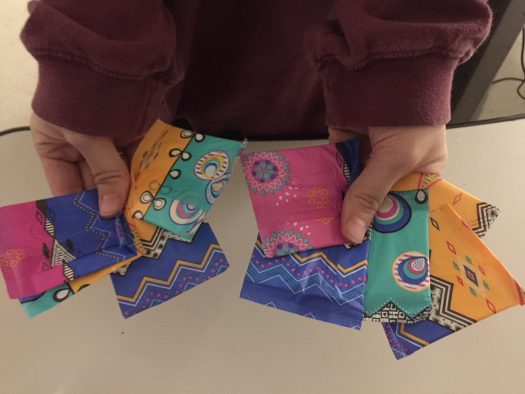 Don’t get me wrong, there is nothing wrong with being a girl. As much as I dislike dealing with certain aspects of being a female (cough, menstrual cycles) I’m able to find the light in the darkness because without them life would not exist.

Having your period is a sign of being in good health, for which I’m thankful. However, what I do despise are the negative comments that girls receive about their periods. Almost all of the derogatory comments come from males. Considering that they haven’t had any personal experience with periods, I don’t think it’s right for them to shame females. Men shouldn’t get away with saying negative things about a woman’s cycle, especially since most of them have no idea how a period even works. Never once have I heard a female make fun of the male reproductive system or Viagra, but it’s almost a daily occurrence when I hear males make fun of a female’s period or trash talk menopause.

I’ve dealt with my fair share of ignorance from males regarding my period. If you are a girl who hasn’t, I’d be shocked. An endless amount of times my behavior has been mistaken for PMS when I really was just moody that day. Why can’t a girl have a bad day without it being targeted towards her cycle? Why can’t society treat women’s behavior the same as men’s? I’m still trying to figure that out myself. Perhaps it stems from the stereotype that females are always supposed to act proper and the only thing that could tamper their mood is the blood coming from their uterus. Or that men can act moody because it makes them seem tougher. Whatever the reason may be, I’m fed up.

Once upon a time, I was walking from my French class to my lunch period. This requires me to walk through the fine arts lobby which is always crowded because people decide to stop and talk to their friends. The kid that was walking behind me decided he couldn’t wait a second longer to hug his friend that was standing slightly off to the side in front of me. The boy ran from behind me, crossed in front of me, and blocked my only path of getting through the crowd of people. Clearly I was annoyed, and I had every right to be. Don’t come between a girl and her food – it will easily annoy her. However, my attitude didn’t seem to be justified to him without bringing my cycle into it. He barely moved out of the way and hardly apologized when he realized that he had cut me off. But apparently nodding in acknowledgement instead of saying a bunch of sweet words in response could only be caused by PMS.

“She must be on her period!” is what this boy yelled down the hallway. I wondered, why would someone find the need to say this in the first place? It didn’t bother me at the time that so many of his closed-minded friends laughed at this because I’m not an emotional person. However, if someone who doesn’t share the same mindset as me had heard these things they could have been really embarrassed. But they shouldn’t be. And men shouldn’t be making these comments. AND females shouldn’t be ashamed of their periods.

What truly bothers me is that most males don’t even know the difference between a pad and a tampon, what PMS stands for, or the age that a female typically receives and loses her period, yet they think that they know enough information about the female menstrual cycle to make an ignorant comment. Here’s the thing, they never do. Once a male educates himself on the female cycle, I can almost guarantee he would be thanking the heavens that he doesn’t have to experience it firsthand, and he’d probably never make an ignorant comment again. If you experience a male making these comments to you, please either just ignore them (since you can’t extinguish a fire by lighting more) or educate them. Guys need to understand that bleeding into cotton (expensive cotton that’s labeled as a luxury that just gets thrown away) once a month for at least a couple days isn’t something to joke about. Maybe if they experienced this firsthand they would gain some respect for the future mothers of their children!