It’s (Not) All In Your Head 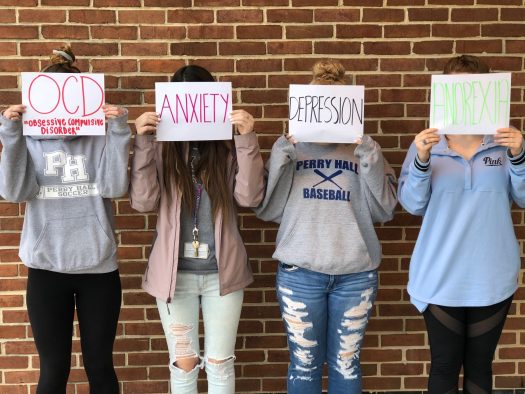 When it comes to mental health, we as a society have failed. We ostracize those with mental illnesses, making them feel like they’re abnormal for something they have no control over. This is unacceptable. It is our responsibility to break the stigma around mental health and mental illness. It’s time to get educated.

The most common psychiatric mental illness, according to the National Institute of Mental Health, is anxiety. Anxiety, put very simply, can be described as a persistent feeling of worry in everyday situations. Things that seem easy to handle to you (ordering food at a restaurant, scheduling appointments over the phone, minor disagreements between friends, asking a teacher about grades) can be horrifying to those with anxiety.  By asking or questioning an individual with anxiety, a person could unintentionally trigger a panic attack, and give that person an even more negative association with that situation. Forcing someone with anxiety to step out of their comfort zone is rarely helpful.

“Anxiety is so hard to deal with because people don’t understand what it feels like to not be able to do simple, everyday tasks due to fear. No one takes it seriously,” said Kaileigh Metz, junior.

Depression, according to the National Institute of Mental Health, affects around 6.7% of the population. Depression is described as a feeling of overwhelming sadness that causes a person to lose interest in many aspects of their life – sometimes to the point of taking their own life. Depression itself is awful, but the social reaction to it makes it even worse. Social media has turned depression into a joke, of sorts. People have twisted it, romanticized it, and made it seem like an experience everyone has. It’s not. Feeling sad one day does not make you depressed. One bad breakup doesn’t mean you need antidepressants. A bad grade on a test doesn’t mean you want to kill yourself. Saying these things is not only disrespectful to those that actually suffer from suicidal thoughts, but takes away from the seriousness of the illness.

“You can’t focus on anything except the fact that you’re sad. It’s like everything else is just muted,” said Brooke Reck, junior.

There are many mental illnesses that don’t get much attention because they aren’t talked about, such as OCD (Obsessive Compulsive Disorder), eating disorders, PTSD, schizophrenia, and more. Lots of people are uneducated when it comes to these illnesses, which results in people perpetuating the negative stereotypes that pair with them.

“For me, mine is really based around numbers. I will say after losing 70lbs+ it hasn’t felt like enough, and it never has. For a lot of people there’s always the feeling of the number never being enough, which is why lots of people are driven to just keep losing until there’s nothing left,” said Carly Droter, Perry Hall alumna.

Disclaimer: If you suffer from a mental illness and anything I’ve said goes against your personal opinion, I sincerely apologize and would really appreciate if you could take the time to further educate me on the subject. Nothing in this article should be valued over the feelings of someone that has first-hand experience with any mental illness. A big part of erasing the stigma surrounding mental health is to being willing to listen and make changes to your behavior. I can’t speak for the people that live with mental illness, but I can provide an unconditional amount of support for them in what they go through. You matter. Put yourself first, always.